Compressed air is usually considered the most expensive utility in an industrial facility and yet one of the most overlooked.  By finding leaks and controlling where the air is used, a factory can generally save thousands of dollars in electricity, wear and maintenance on compressors and dryers, and reduce peak loads.  That’s where we can help!

By utilizing ultrasonic equipment, we can detect even the smallest of air leaks from several feet away.  We can also estimate the cfm loss and equate that to dollars based upon industry standards.  We have several companies that rely on Infrared Technologies (Tompkins Technologies) to come in on a regular basis to find compressed air leaks, tag them, and compile the information into an illustrated report, making the problems easy to find and repair.

We can do our inspections with no interruption to production. 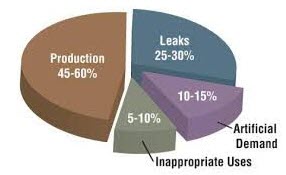 All industrial facilities have air leaks, some as much as 20 to 30%. It just makes sense to set up a program for minimal cost that saves so much to the bottom line.

Hopefully, the compressed air system in your facility is well engineered and properly sized.  However, only half of the compressed air in a plant makes it to the production application phase. The other half is wasted through leaks, artificial demand and improper use.

Infrared Technologies will help you ensure your equipment is operating at its full potential by performing an ultrasonic inspection by which we can minimize air loss and reduce utility cost. 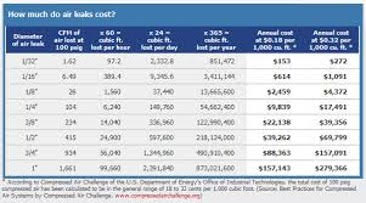 Ultrasonic leak detection covers a wide range of leaks, pressure or vacuum and any gas.  Sound dependent, ultrasound instruments detect the turbulent flow of produced as the fluid (liquid or gas) moves from the high pressure side to the low pressure side of a leak.  Ultrasound leak inspection is especially beneficial in detecting leaks in compressed gases or liquids in manufacturing, service industries, or commercial applications.

One of the more popular applications for ultrasound is compressed air leak surveys. Compressed air is usually considered the most expensive utility in a process and much of the air is lost before it can be used in whatever it is designed to do.  Estimated cost of compressed air is approximately $5 per 1000 cubic feet.  This expense can run into thousands of dollars in most facilities that rely on compressed air for manufacturing or other processes.

During a leak, a fluid (gas or liquid) moves from a high pressure to a low pressure.  As it passes through the leak site, a turbulent flow is generated.  This turbulence has strong ultrasonic components which are heard through headphones and seen as intensity increments on the meter.  It can be generally noted that the larger the leak, the greater the ultrasound level.

A major advantage to ultrasound leak inspection is that as a high frequency short wave signal, ultrasound emissions tend to be localized around the leak site.  By scanning an area with an ultrasound instrument, a user will follow the sound of the leak to the loudest point.  Once identified, the leak amplitude can be noted and estimated in accordance to the sensitivity and decibel readings. 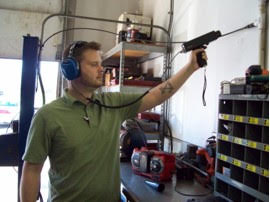 Call us at (317) 489-7199 to schedule an ultrasound compressed air leak inspection for your facility. 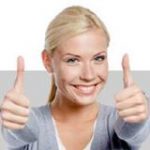 Thank you for this! We are so grateful you came out – we will definitely recommend you to our friends! And we’re so glad you could deliver some good news for us, too!

Art is extremely knowledgeable, warm, & relational, a great listener. He gave us many concrete recommendations for addressing the energy leaks in our home. This guy is the real deal. We highly recommend him.